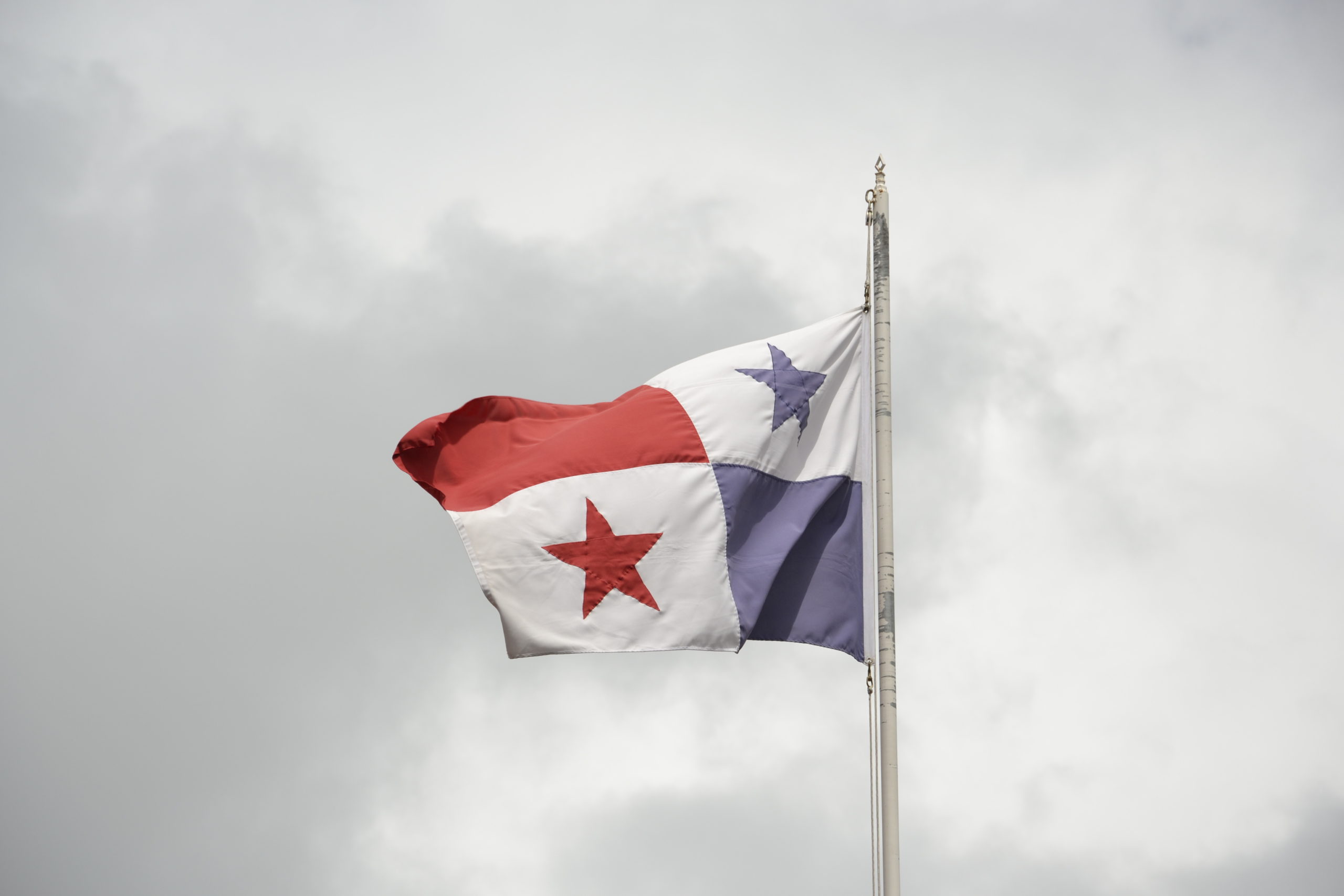 For most, Panama is defined by its canal. But the country also comes with picturesque beaches, wild rainforests and indigenous communities. Welcome to our travel guide for globetrotters & UNESCO enthusiasts – discover the top travel tips for Panama and see how our trip began.

How to get to Panama

Panama was the first country on our all-around-the-world trip from July 2017 until March 2018. And honestly, we have chosen Panama as a starting point of our tour due to the perfect flight connection from Frankfurt. In addition, Panama is  a good entry for South America since it is not only from a geographical point of view but also from a cultural point of view in the middle of North and South America. We wanted to avoid a cultural shock since we have never been before to South America.

We have taken a direct Condor flight. However, this is what we have thought. But in reality, we were just flying to Santo Domingo in the Dominican Republic. We had one overnight here for our Copa Star Alliance flight in the early next morning. When travelling through South America we can recommend the Star Alliance partners Copa and Avianca. Only in Chile we have chosen LATAM Airways due to no other possibilities flying to Easter Islands and to New Zealand. But later more on these destinations.

Our route through Panama and the experience of self-driving

Our route through Panama with a rented car was the following. Initially, we have also planned the Bocas area. However, we have re-scheduled our route due to the necessity of settling down and re-thinking and the detailed planning of the tours of the upcoming countries. 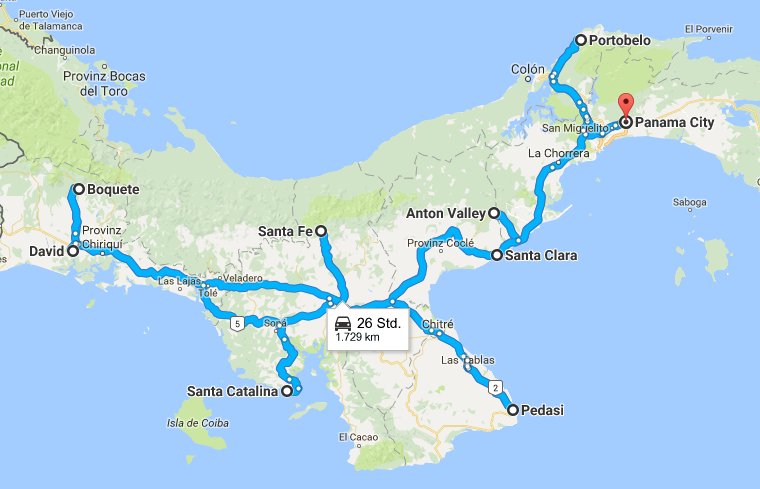 Panama is really easy to explore by car. All the roads we have taken were in a vey good condition. Panama City of course as the capital was a bit chaotic driving due to the many and offensive local drivers. What will stay in our memory are the hilly and steep streets in Panama.

We will never forget the situation sitting in the back of the car of the owner of our first guesthouse and driving from the airport into the city center. The impressive skyscrapers, the thoughts that we are now really on the tour and will not return home for the next eight months! Wow, unbelievable at that point in time. Moreover, we will now see almost every day new and impressive cities, landscapes and meet so many new people.

We spent in total one week in Panama City and we were exciting of the international food we will enjoy in the following months. But what did we experience in Panama City? Panama for us is more North American rather than typical Latin America or Caribbean: the amazing skyline of Panama City and all known fast food chains are present here at every corner as well as American trucks and buses rushing on the Panamericana. Therefore, we rather had to try Wendy’s, Carl’s Jr., Taco Bell and yes, also Domino’s.

During our time in Panama City we walked along the river next to the Carr. Panamericana with a tour though the old town. The old town is an atmospheric area with lots of churches, plazas and palaces. We enjoyed sitting in the cafés and planning our tour through Ecuador and booking the hotels. During this time we decided that we will always book the hotels just one country in advance. But in regards to planning a world trip we will write a separate blog.

The Old Town (Panama Viejo) is the oldest European settlements along the Pacific. Already at that time, Panama profited mainly from the pipeline transporting Peru’s gold and silver as a transfer point on its way to Europe. The area is due to the former city planning recognized in the UNESCO World Heritage list. Unfortunately, only little pieces of the original city remains. Due to the poorer residential area in this part of Panama City it is recommended to visit during the daylight.

The metropolitan national park located in the city with its rainforest is a good place to recover from the noisy city. We enjoyed the 4 km trail through the park watching monkeys, birds and turtles…

… and at the highest view point, the view to the skyline of Panama City is incredible. Sorry, lovely hometown Frankfurt, this is a more impressive skyline 🙂 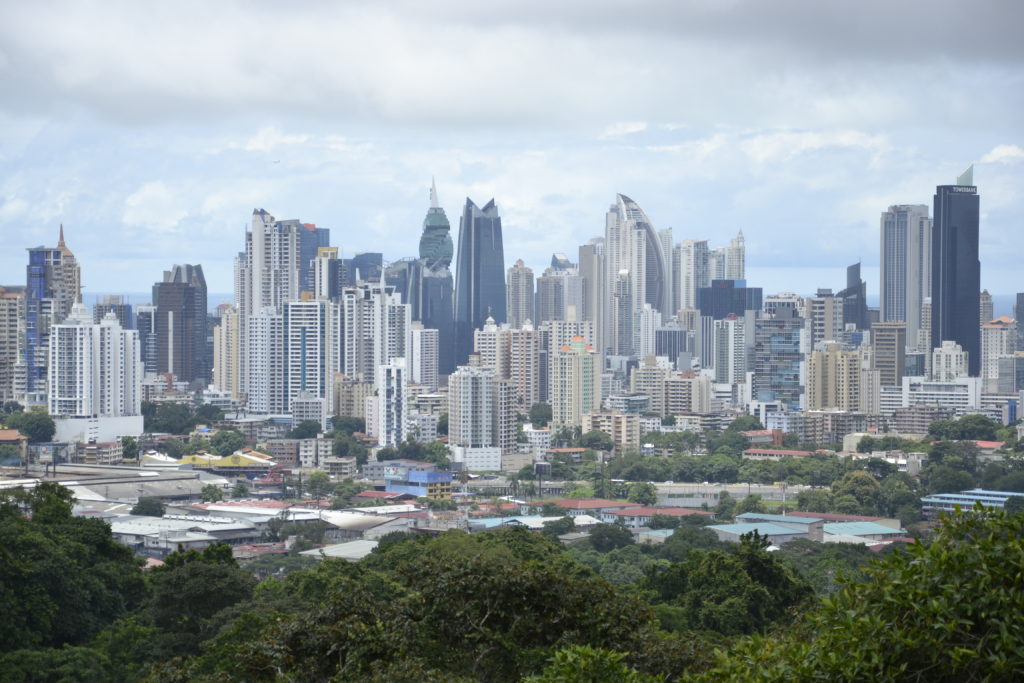 On our second day, we visited the famous Panama Canal that was recently extended. Unfortunately, we did not have the luck to see a ship passing the canal. We were wondering whether this is really the best view on the canal? Everything here looks so small at these Miraflores Docks. But this was the only point that is open to the public.

Finally, we found today the shells of Panama`s offshore companies: 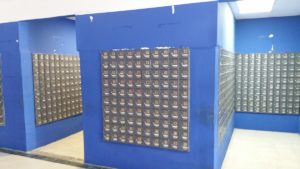 Our trip through Panama’s countryside has started but with the drawback of almost not working WiFi – therefore, long time no news in our blog. The first destination was the small town El Valle – located in the mountains and ringed by forest.

On a market in El Valle we have bought our Panama hats – what would have been Panama without these hats? 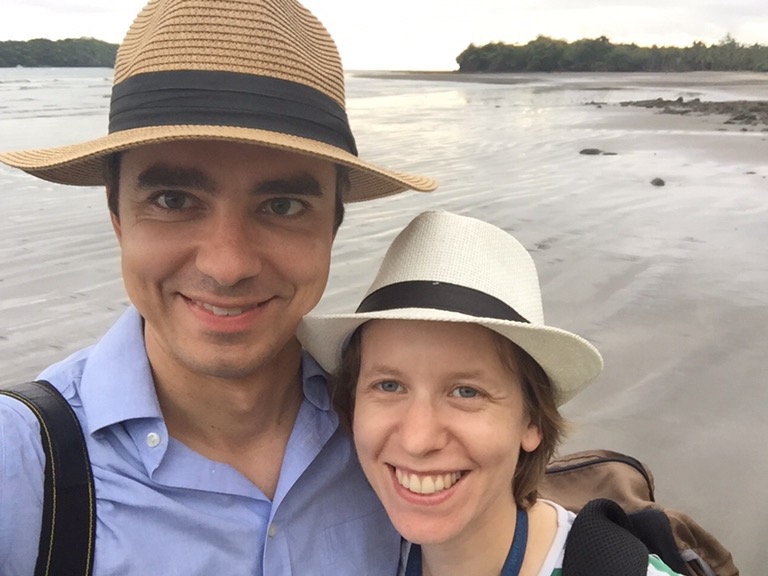 The fortifications on the Caribbean side of Panamá: Portobelo and San Lorenzo are located along the coast of the Province of Colón. Nowadays, Portobelo is a fishing village. The area consists of several fortresses whereof we visited the three ones closest to the city center and reachable in a walking distance due to the hot temperature. The biggest one i Fuerte San Jerónimo built with several canons faces the bay. At Fuerto Santiago you can see thick walls (almost 3 meters) made of cut coral which was popular building material at that time. Ruins include officers’ quarters, artillery and watchtowers.

We stayed three days in Santa Catalina – a nice town at the Pacific coast with incredible waves. We had a beautiful hostel near the beach that was run by a young Swiss couple. Highly recommended place to stay and lovely beach!

Oh, how beautiful Panama is…

For some, Panama is the place where everything is supposed to be better, bigger and nicer than at home. The place of all dreams.

What Janosch’s tiger and bear and of course the tabby duck always on tour associated with paradise must have been on Isla Grande in the Atlantic ocean just some minutes with the speedboat from Panama’s coastline – clear water, long beaches, coconut palms and of course bananas for tiger and bear.

Boquete is a picturesque city where we strolled through the city. The main sights are along the main street. We have found here a cantina with food for very low prices. In addition, we took part in a coffee tasting experience.

For the countries on our world trip we have mainly bought the Lonely Planet travel guides and can recommend also LP for the Panama travel tips. In addition, we enjoyed reading books about the undertaking of the Panama Canal and a historical Darién expedition.

Continue reading our most popular blogs: